Sex sells, but cuteness sells to all age-groups and marketers know that very well. Here is an add from the past that turned many heads back then and even today if you knew it is trying to sell what using the innocence of kids.

Identify the category for which the ad is. 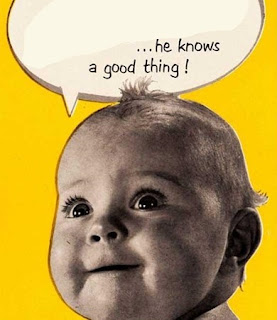 An entrepreneur's journey is fraught with challenges. You start a company, you scale the company and sometime to keep-up you sell it to someone with deeper pockets. Then you get booted from the company that you started (remember Steve Jobs?), but then you pick up the piece and do your second act for redemption.

Here is a journey of one such entrepreneur, who is he?

Continuing on the theme of airlines (the answer to OBQ 1376 was Herb Kelleher the founder of Southwest Airlines) here is another question.

Identify this airline from its logo, yes its a logo of an airline. 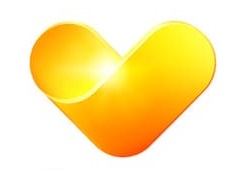 Answer: Thomas Cook had its own Airlines.

In USA Southern part is known for its warm hospitality (ask Mr.Modi who is getting taste of it ;-)), however ask this man to take it to next level. He passed away earlier this year but the radically new way of running an industry that he created more than 40 years ago has changed the world in a big way.

Those are the only hints you identify this amazing business man from the South of USA. 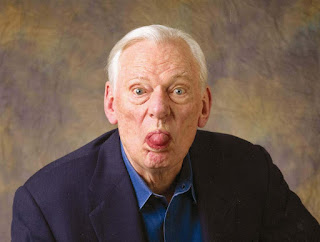 Answer: Herb Kelleher of of Southwest Airlines. The person who started the concept of low cost airlines.

Sometime successful businesses have hard time containing themselves and they start expanding in too many verticals. Here is a company that was a big name in food industry...but then they overextended and it all ended very badly.

Identify the company that at one stage owned these disparate set of brands. 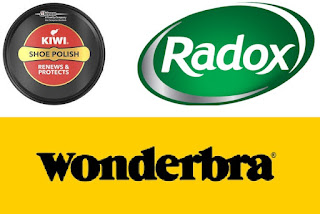 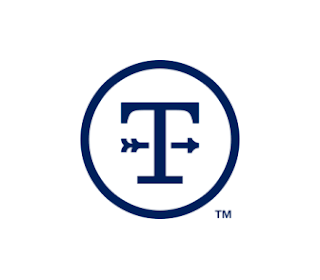 Girls play with dolls and boys play with cars and guns, you need a creative genius to change these stereotypes in the real world. Here is a guy who did just that by creating an iconic toy that perfectly met the need of kids growing up under the shadow of cold-war.

Name him and his creation. 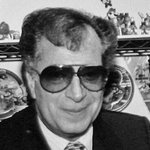 Answer: Stanley Weston the creator of G I Joe.

Quitting is an art be it selling off your priced investments in a bull market, or highly successful career where you seem to be doing nothing wrong. Very few have mastered this art, here is a recent example, and yes there was a mic drop involved quite literally!

Connect to a person.

To let people make merry and have fun is not easy, specially if you are in the business of it where your biggest rival is Disney. Identify the company that is trying give the hard fight by being more exciting and entertaining for its customers.

You can't have a more clear logo as a company! 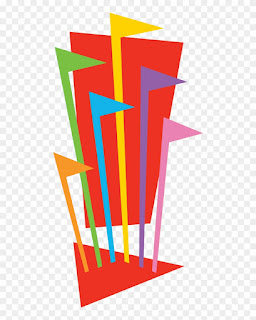 Answer: Six Flags, one of the larget theme parks company in the world.

Europe is a fractured region with a history full of war and competing ideology, here is a love story though that was hatched between Russia, Italy and France and it survived the iron curtain.

Tell me the legendary brand that connects these images.

The teacher's day was on 5th September and Engineer's day will be on 15th September in India, so trying to put in a question in between about a legendary teacher and technocrat. He is spreading the knowledge of crucial things that will shape our world for coming centuries, some think that this will bring us doom but he is sure that we are headed to some technical utopia. 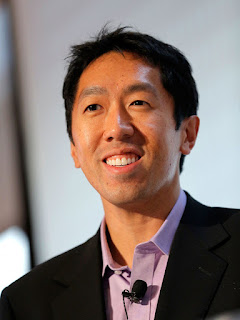 As usual we were in Gandhinagar (for the Ahmedabad) regional round as participants. Apart from atleast 70-80 TCS teams (because the quiz was held in TCS premise) there must be other 25-30 teams that were in contention.

The prelims had 20 questions as usual with inbuilt tie-breaker. The questions were slightly tougher than the usual and cut-off for the teams that qualified was 14 and above.

Here are the questions from prelims.

1.  This word comes from Latin term which means "One who loves" and now this word is used for some one who is a non-professional and doesn't monetary benefit by participating in the activity.
Answer: Amateur

3. Bringing the rainbow is a book written by Mr. R K Somany, he started which sanitaryware company?
Answer: Hindware

4.  This building constructed in 1898 had hosted several freedom fighters, maharajas and other important personalities. It was also the first to introduce innovations like electricity and phone in the country. Name the building.
Answer: Taj Mahal Hotel, Mumbai.

5. This hill station in Satara district in Maharashtra has is famous for it table top like geography and is famous because of some of the movie shot their like Tare Zameen Par.
Answer: Panchgani

6. A question about logo of Panini brand of stationery (never heard of it and didnt even find it on Google!)

7. Identify the logo of aviation giant.

8. Which famous Indian is author of this book? 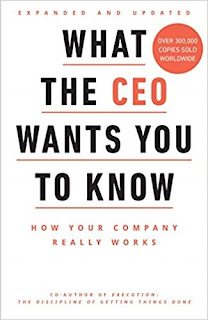 Answer:Ram Charan
9. What did he invent? He is Momofoku Ando 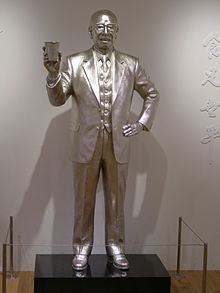 11. This country didnt make it to ICC worldcup but their airlines promoted itself by urging travelers to use them for flying to worldcup.

13.  Shri Narandas Desai started this business more than 100 years ago by importing his first batch of team from South Africa, Which company?

14. George Townsend started this business that initially manufactured sewing needles, but then changed to manufacturing motorcycles, the company is today very successful in India. Name the company/brand.

15. This product was made by Block Drug company and claimed to help with tooth sensitivity, what is the name of the brand?
Answer: Sensodyne

16. This is a French word that means Morning however in entertainment industry this means the afternoon show, which word?
Answer: Matinee show

18. This IT company was started by Dun & Bradstreet and Satyam 25 years ago and has a big presence in Pune and Chennai today. Name the company

19. An act was passed in parliament in 1963 to establish this important financial institution that is better know these days through its abbreviated name.
Answer: UTI

20. Who is the famous Indian co-author of this book? 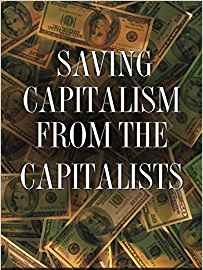 
The teams that qualified were the following.


The format this year was pretty similar to last year's corporate round with all questions on buzzer with default value of 100 points and option to have 150 points for each question. Total 26 questions were asked.

1. This was a currency issued by a bank in Mumbai, this is beginning of which famous bank? 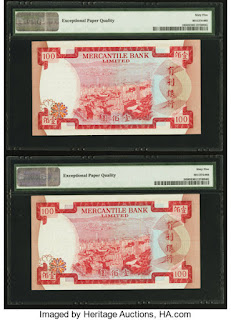 2. Which brand was created in Spain in 60s eventually owned by Sara Lee and P&G and is asscoiated with Cars.
Answer: Ambi Pur

3.  Volkswagen Beattle is considered to be a copy of a product made by this company because of impeding world war Hitler asked the VW owners to go ahead with this and settle the case later. In 1960s the company settles by paying company X an amount of 3000000 Deutsche marks. What is X?

4.  This is a jewelry brand by Tanishq which is named after a famous Indian princess, Identify the brand. 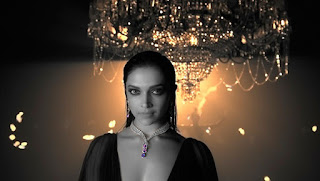 5.  A question on identify the financing term that relates to the image. 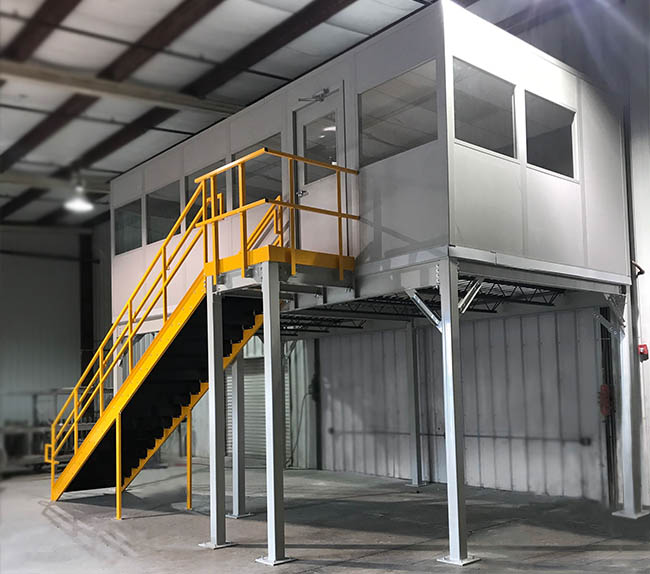 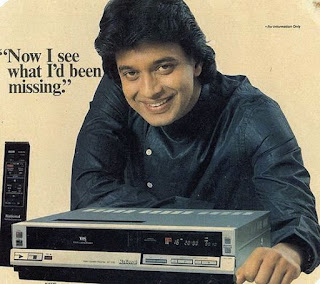 7. There were few question where the answers were Coco Chanel, Script.com & Gillette, there was also connect showing images of Brian Acton, Jan Koum, and a video clip. The connect was Whatsapp

8. Which broking firm did he start?

9. There was an abstract connect on failed airlines with image of Maran brothers, Natwest series video.

10. A connect on Sotheby auctions.

11. Which company offers 5000$ for employees who wants to quit?
Answer: Amazon.

12.  Which American businessman entered politics after world war 1 and had 161 patents? His biggest wish was to come to India and meet Gandhi

13.  Which product was launched with the line "Without darkness what will be purpose of light? Without villains what will the gods do?"
Answer: 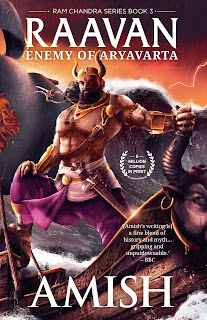 We were leading the quiz halfway through, with Hanning motors trailing us just by few points. It went down the wire and Triton and Pharmazone covered a lot of ground in second half, though playing recklessly costed us the game, holding their nerves helped Hanning Motors from Vadodara to win the quiz.

Sometime the best strategy might be to imitate the top dog in your industry, here is an Indian firm trying to replicate its Chinese peer.

Identify the start-up from its logo. 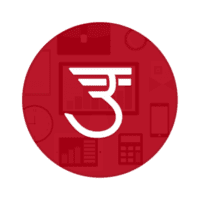 Once you succeed at something, you need to leverage on that and make it happen all over again by expanding in nearby verticals.

Here is one such hugely successful start-up trying to do that.

Green energy is the in thing, but in some part of the world its still the good old thermal energy that rules the roost. In India this is the company that still feeds the juggernaut of traditional energy sources. 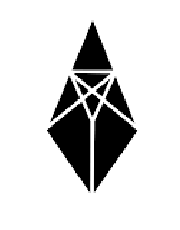