This is one of the most debated M&A of the year and obviously it required a lot of legal intervention, connect these images to two companies that were involved in it.

Some consider that he is been given an almost impossible task of corporate firefighting in this world, who is he and what task is he up to? 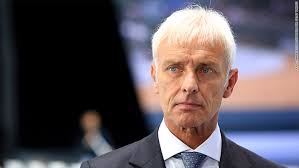 In the Hollywood jungle this is literally new Lion, connect these three images to one great production house. And yes you get marks only if you can explain the connect with the pics.

Connect these two images to give me name of brand (s) that were recently in news. Its like match made in heaven! 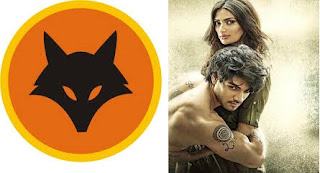 Answer: Hero cycles and its acquisition of firefox

She is one of the most revolutionary figure 20th century, both in literary world and business world. Now at ripe age of 89 she is "setting" the world on fire again! Who is she? I just gave you a subtle hint there ;-) 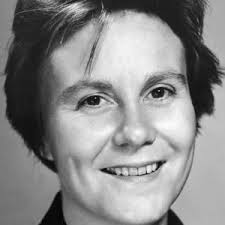 Here comes the full review of Tata Crucible Corpora Quiz 2015’s Ahmedabad regional round.
Perhaps the participation was marred by heavy rains that lashed the city whole day and because of that there were less than 35 teams in Prelims.

Triton Consulting, L&T (2 teams), Social Udan (Meghshyam and Kushan), IOC and Petronet made it to the stage.

The winner in this low scoring and fairly tough corporate round were Nisarg and Tamanna from L&T and runner up was Triton team (which was missing Mr. Manjawala).

Here are the questions for Prelim, total 20 questions with about 4 tie breaker questions.

1. Give the name of Chinese electric and telecommunication brand from China that started in 2004 and now is famous across the world. Answer: Oppo

This Indian was among the wealthiest people in Asia and one of the few billionaires under 40. He developed the second most used word processor way back in 1998. Who is he? Answer: Arun Pudur
3.       According to Sports pro magazine she is the most marketable player in the world, who is this Canadian sportswoman? Answer: Eugenie Bouchard 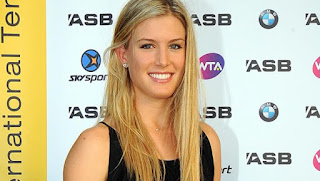 4.       Name the chemical giant from Germany (Hint: It’s a four letter world) Answer: BASF
5.       What is LTE? Answer: Long term evolution
6.       Honda published this vision in 1950s saying that their product will be in _____& Harmony with the society. The company later came-up with brand with the same name Answer: Accord
7.       Which company is trying to get back to laptop market by introducing product like Toughbook. It was famous for its 2 in 1 players in 90s. Answer: Panasonic
8.       What is full of MUDRA in MUDRA bank. Answer: Micro units development and refinance agency
9.       Which part in South India near Cochin is named after a spice and which spice? Answer: Cardamom
10.   Which product came in existent because of wheat shortage and replaced product like Glucon and Monaco biscuits? Answer: Barle biscuits.
11.   Logo of BASEL World.

12.   Glycodin brand of which company? Answer: Alembic pharma
13.   What is the term described to use when a small firm takes over much bigger firm? Answer: Leveraged buyout
14.   Why was bite taken off the apple logo? To differentiate it from which fruit? Answer: Cherry
15.   Who was India’s first and only woman finance minister? Answer: Indira Gandhi
16.   Which French author wrote Capital in 21st century ? Answer: Thomas Piketty
17.   Which company owns the deo brand HE? Answer: Emami
18.   Which fashion designer found talent like Isabella blow and committed suicide in 2010. Answer: Alexander Mcqueen
19.   Jean Nidtech started which company? Answer: Weight watchers
20.   Rajen Sethi is overseeing an art collection worth 1.6 billion USD at a location that brings a lot of people together.  Answer: Mumbai Airport

FINALS: The theme was around a triathlon
The first rounds was a marathon of 12 questions and in total there were about 24 questions divided across three rounds.
1. Thomas Adams Sr. invented this product as a cure to tooth ache but it ended up being a lifestyle products, which product? Answer: Chewing gum

7.       Name of a newsletter was given for a Tata steel subsidiary, name the subsidiary. Answer: Tata Alloys 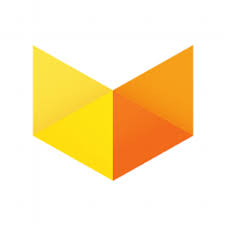 12.   Chaux de fonac started this brand and sold it to an American company in 1980s which watch brand? Answer: Movado

13.   After which business tycoon is the stadium in Pittsburgh named? Answer: Heinz

14.   Question around a digital initiative of Tatas. Answer: TCS

17.   Who tied up with movie Linga to market product FRC 72. Answer: Tata Docomo

18.   Which brand was manufactured exclusively in Goa till very recently? Answer: Old Spice

19.   Images of many brands were ask to connect to a personality. Answer: Bernard Arnault of LVMH

20.   Which brand changed its punchline after joining the Kraft group of brands? Answer: Maxewell house.

21.   Which .com was started by Jeff Taylor that changed the entire industry? Answer: Monster 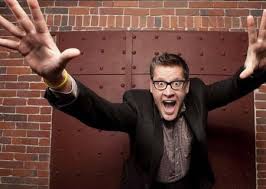 22.   Images of Julain Assange, M A Jinnah, Spider and asked to connect: The Dawn newspaper that has exclusive rights of publishing wikileaks.

23.   Which company has adopted a simple logo of a blue triangle? Answer: Garmin
Posted by Dhaval Thakker at 8:00 PM 1 comment:

Looks like a bunch of mouthwatering food brands? Its more than that connect to a Financial behemoth with all these brands...and tell me how!

Hi there,
Like every year, I will publish a full review of Tata Crucible 2015 Corporate Quiz review for Ahmedabad round on this Saturday.

So keep coming to OBQ blog!

Posted by Dhaval Thakker at 7:30 PM No comments:

The company has a name that sounds like a biotechnology company name...but its not! It in fact is a company taking on Google and Apple duopoly in one of their most important market...and they might just do it, with help of a "Dark knight" so to speak ;-)

Tell me name of this company from its logo, and tell me who is the "Dark Knight"? 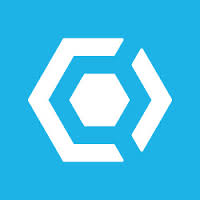 Answer: Cyanogen mobile OS that is now collaborating with Microsoft to take on iOS and Android

Connect this brand of phone with a famous business personality who has been there and done that! 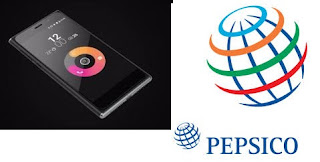 Being dropout has been fancy for a while, however this Indian dropout is probably the best of the lot, who is he and what did he start? Second image is just a hint, that is Peter Thiel and he has something to do with dropouts :)

Answer: He is Ritesh Agarwal founder of OYO rooms backed by Theil foundation.

OBQ 880: Its not chicken or the egg question!

This company is single handedly changing the face of food industry by turning the "chicken or egg" question on its head, these are the true vegan crusader...if there was ever such thing! tell me the name of this company from its logo. 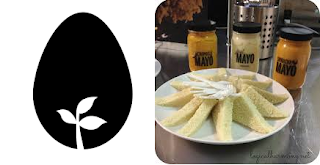 Answer: Hampton Creek, the company that is crusading for an egg-less world.

Here is a more up to date version of the schedule, most of the venues are now finalized.

For more updates go to the TC website.
http://www.tatacrucible.com/ 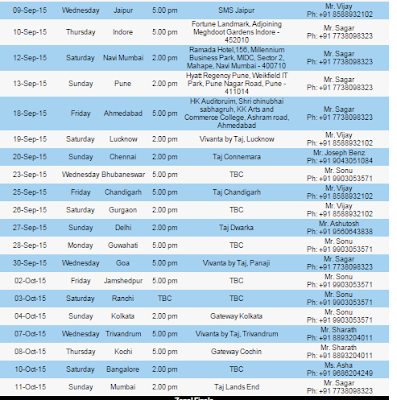 Posted by Dhaval Thakker at 4:30 PM No comments:

He is the most underrated financier and investment guru of last 100 years, he has done both the theory and practice in finance most successfully, still he is less famous than one of his best friends. 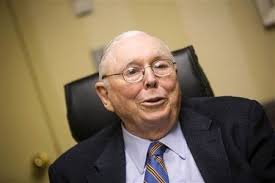 Answer: Charles (Charlie) Munger, one of the longest standing partner of Warren Buffet

Well thats a huge hint, a company started almost 80 years ago still lives on as one of the greatest brands in the world despite of its dubious origins. Which company? Explain!

Connect these two legends to one of the finest tournaments in the world of sport, the third image is just to give it a business twist and connection. 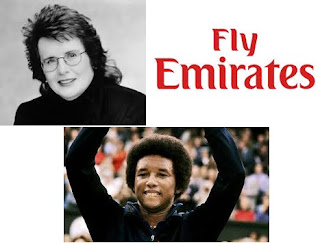 Answer: US Open, Billy Jeane King...Arthur Ashe and Emirates one of the main sponsors