Connect to a FMCG company...

I bet you are eagerly awaiting for some sneak peek into this year's corporate crucible...Ahmedabad was second town in this year's line-up...

Here is the blow by blow account...so read on!

There were about 70 teams in the prelims, with twenty questions being asked...

Q1: Which fictional character in british classics is commonly used to describe people who lend money at very high interest rates...
A: Shylock

Q2: What is the term used for short term reversal in candle stick pattern in stock market?

Q3: Which management guru has written the book "The Leader in Me: How Schools and Parents Around the World Are Inspiring Greatness, One Child At a Time (2008)"?
A: Stephen Covey

Q4: Who was the person behind the adcampaign "Only vimal"
Frank Semoise
Q5: Question on a Fedex ad campaign
Q6: What are Potels in USA?
A: Motels ran by Patels
Q7: Who said "Where are all the leaders gone?"
A: Lee Iaccoca
Q8: Born in 1974 which US entrepreneur built the first railway line between Newyork and Chicago?
A: Vanderblt
Q9: Which airlines punchline is "On the wings of Dragon wings"
A: Druk Air (The Bhutanese airline)
Q10: Ad campaign 23 prints in 23 seconds
A: Samsung
Q11: Which company launched a smartphone in 1992 named SIMON that had PDA, Fax etc in it?
A: IBM
Q12: Sudhir Valia has JV called Telewings with which telecom company?
A: Telenor
Q13: Which US university is named after a British viceroy from Madras?
A: Yale
Q14: Which business group acquired Firtsource BPO from ICICI for 400 crores ?
A: RP Goenka group
Q15: Who wrote Toyota Production system?
A: TakasiQ16: What does LIG stands for in TTK-LIG
A: London International Group
Q17: Which publisher merged with Penguin books?
A: Random house
Q18: Which coffee chain was started by Amit Judge?
A: Barista
Q19: Which West Bengal city was named after a steel plant IISCO ?
A: Burnpur
Q20:   She is a key person in a media conglomerate...identify the company 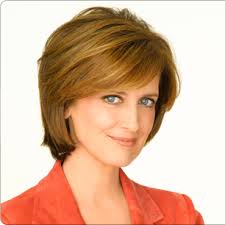 A: Anne Sweney of Disney


Following are the question from final roundRound 1: Think global
Q1: Which popular contest has "The mustard yellow belt" as prize?
A: Hotdog eating competition
Q2: In UK Banker renamed the word broker to which other work in 1986?
A: Market maker/Jobber
Q3: This company was founded in the same city as florence nightangle, contains the name of partner from the previous failed partnership
A: Elizabeth Arden
Q4: This company built the first transatlantic telegraph line but eventually in 1980s switched their business to something else, which company?
A: Western Union
Q5: Which person was expelled from Harvard for pot smoking and other charges?
A: William Herst
Q6:  Which beverage company founder started the football tournament between Uruguay and Argentina?
A: Lipton

Round3: Tata world
Q2: Which company acquired the British salt company?
A: Tata Chem
Q3: What is the footwear brand of tata group in JV with Japanese company
A: Tashi
Q4: Which F1 team is supported by Tata communication?
A: Mercedez

Round 5:Think rapid clue round
1 Which subsidiary bank of state owned bank was found in 1915?
A: State Bank of Mysore
2 This french bank has Eugene Schnieder as first chairman
A: Societe generale3: Its first product was Prithvi missileA: Bharat Dynamics

The team Endeavor was leading till 4th round but in fifth round they committed suicide and came last...!Triton clinched the title and Thermax stood as runner-up after tie breaker for second spot.

Identify the trio...or just tell me what did they "invent"?

Answer: The creator of "Android' OS.

Connect to a wall street figure!

Answer: Carl Icahn he was once invested in all of these companies

But famous for a different and totally harmless product!
Identify the British brand from its logo...

Before garage start-up there were cycle repair shop start-ups!
Identify this European venture from 19th century started by this two guys after not being helped by their German cycle manufacturer.

Identify the company from its old logo...

Connect to a very old brand from Scandinavia... 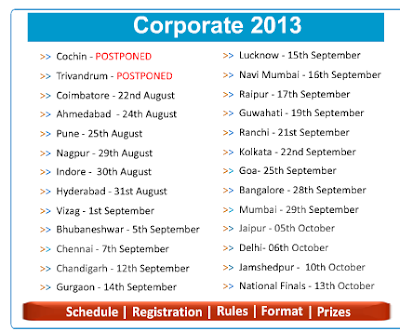 For details go to this link...
http://www.tatacrucible.com/corporat/content/schedulecorp2013.html

Posted by Dhaval Thakker at 4:10 PM No comments:

But no not so much with Hollywood! Who is he?

Answer: Issey Miyake the person who originally designed the turtle necks that were eventually made famous by Steve Jobs

Identify the logo of the predecessor of the big 4 consulting firm...

Cars, Electronics...and? Identify another german classic company started in 18th century from the presentation chests that it used for its product display! 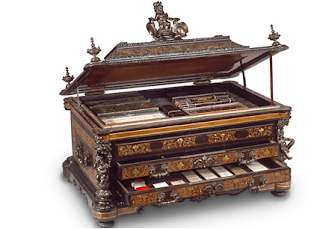 Answer: The case was used to display Faber Castell pencils!