For an institution that started under trees this company has done rather well, from surviving through the trade restrictions of colonial days to survive boom and bust of post colonial periods and now going international with its activities.

Connect these images to an institution that has seen it all.

Here is a company that has a small feather as its logo but its ambition are outrageously ambitious, to borrow the term from our belated President this company aims to put "Wings of fire" within reach of a common man.

When you are in aviation business the margin of error is too thin, and this company has seem to get its calculation wrong quite literally and is facing some major turbulence financial and from a brand equity purposes.

Connect these images with a company. 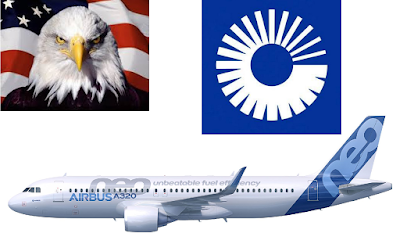 They might not count in the numero uno business houses of India but they are surely taking big strides to be one.
As the world economy did somersaults in last few decades this company made some great moves to carve out a global empire in an important industry. By way of joint ventures and acquisitions it has now created a crown jewel by stringing all the pearls.

Identify the logo of the business group/ flagship company of the group. 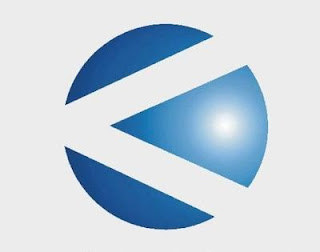 The dawn of Internet era might have meant doomsday for this brand, but it seems to have defied yet another disruption and made its way successfully in 21st century.

Founded by a gifted business mind this privately owned company created and industry by its own and along the way changed the way we celebrate life.

Connect to a brand/company.

Answer: Hallmark Cards, which was started by Joyce Hall and owns he brand Crayola. They also claim to have invented gift wraps.

Yes here is Mr.Gupta, part of the growing family of Indian expats who have made it large in foreign lands, his claim to fame is to revive old industries like Steel and Power in a country where they are seen as sunset industries.

Give me the full name of Mr.Gupta and tell me what is his recent claim to fame. 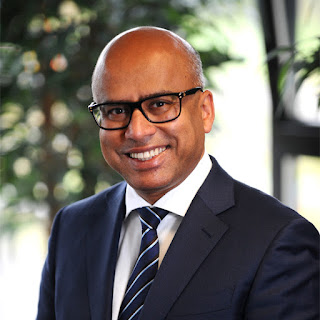 Answer: Sanjeev Gupta who has claimed to create the largest battery.

For a company that has existed for more than 200 years, last thirty years have been fairly turbulent where bunch of financiers with truckload of money have been chasing this company to own a piece of its formidable portfolio.

In the process the cookie has surely crumbled a lot of times...but thanks god it tastes the same.

Identify the company by connecting these images.

Answer: All have owned Nabisco.

He is one of the founder of this all powerful firm, The firm carries the other founder's name but the firm's DNA was set in stone by him and it still operates on his legacy. 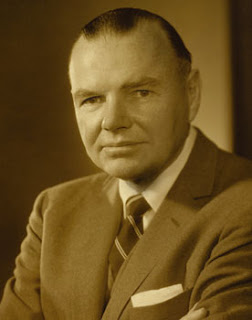 Here companies from different part of the world that have some how formed join ventures in a specific industry in India.

Connect all these companies to a specific industry where they are involved in India.

The word is specific!

Answer: All have tie-ups with Indian companies to launch Insurance businesses in India.

You must be surely a genius if you can crack this one!

Here is logo of a company that has made the most out of the digital revolution through mobile technology. If you own a mobile phone, its highly likely that one of the key component of the device was made by this company, and thats just one of the things that this company does.

The company has consciously decided to not get in to competitive areas like smartphone manufacturing, but rather capitalize on niche products and services and by that its not slaying the hen that gives a golden egg! 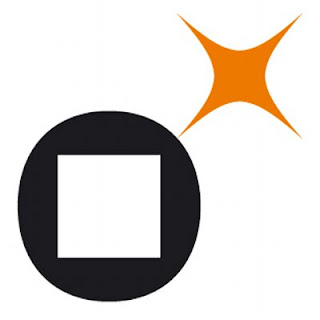 Here is an institution who in its existence of 30+ years has down quite a bit of yo yoing from being a publicly owned company to being privately owned.

We hope with some recent challenges its not going the public ownership again.

Connect these images to an institution.

Thats you response when you hear this lad's name for the first time, I mean this guy's Chinese name. Ironically he is in the business of maintaining a list of who's who and this list is gain fair bit of popularity these days around the world...and is looked upon by all the business wannabes. 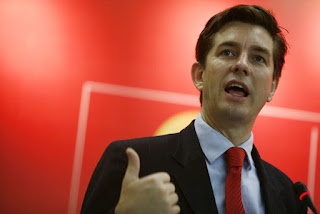 For a change we have connect for a personality and not the company.

Every industry needs someone as its conscience keeper, she is an author, business philosopher and leader par excellence who has rendered her service to many companies formally and informally. Connect the three images to this personality who might be leaning towards a political career!

He fine tuned a method devised by his father and made it cool to attract young protégées, today this sport (some would say art form) is spreading like a wildfire and is all the rage on online videos market.

Who is he and which sport/artform he create? 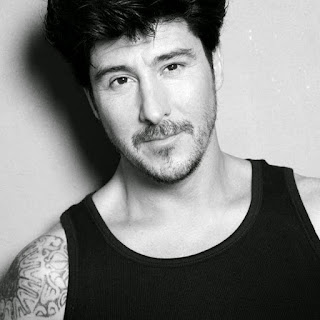 So this time I grabbed the opportunity to watch the Anand regional final live for Tata Crucible campus quiz.

It was on the day after the Ahmedabad regionals, so it was good to compare the big vs. small city quality of the quiz.

You can find the full review of the Ahmedabad quiz here.

In Anand the quiz was organized at the quaint little campus of Institute of Rural Management (IRMA).

There were about 60-70 teams though heavily dominated by IRMA crowd, only the serious quizzers from other colleges appeared here.

Unlike big city here the prelims were hosted by Rashmi who is lately working with Pickbrain.

Here are the questions from the prelims.

1. Which company's logo would you associate with Speechmark (a language connotation )/?
Answer: Vodafone (I thought its CCD!) 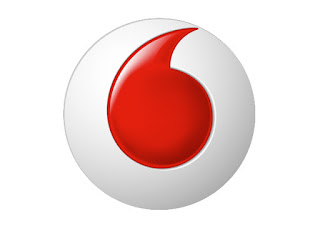 2. Identify company from its logo.

4. Who runs this foundation? 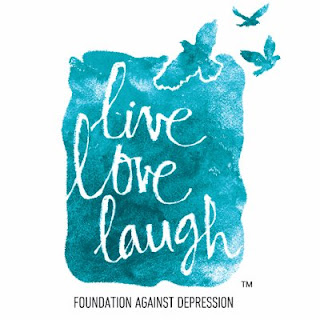 Answer: Deepika Padukone (though I am not sure why they said Azim Premji)

6. Banker to the poor is the biography of which Nobel laureate.
Answer: Muhammad Yunus (Gramin Bank, Bangladesh fame).

8. Identify the airline from its logo.

9. Which company's mascot is called "Geoffrey the Giraffe"?
Answer: Toys R Us 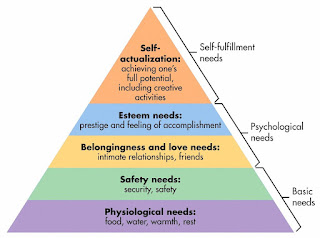 12. This is old logo of which Giant from Far East?

13. Which company has a logo that is known as "Joe", the company's punchline is "Change your body, change your life"
Answer: Gold's Gym 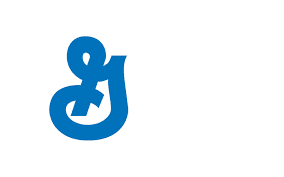 15. From 1990-95 which company used geographic locations such as Java, Africa Alaska to name its variants?
Answer: Axe deodorant.

16. Which tech company this couple start? They eventually got acquired by Yahoo. 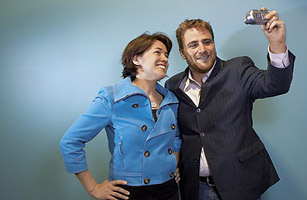 19. Who is he from the world of fashion? (He has a fashion label by his name). 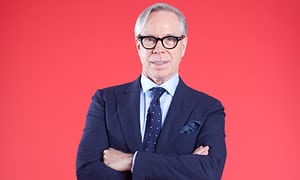 20. Which company tied up with a UK design firm to design a truly Blue jeans?
Answer: Google

The format was the same as I explained for the Ahmedabad round.

Here are the questions from the wild-card round.

2. You will find Sultan Kabus on which country's currency?
Answer: Oman

3. This product was developed for war time as a complete planned diet, which commonly used brand is this?
Answer: Complan

4. This service was started in London back in 1897, because of its yellow and black colour it was called the Hummingbird, which service is this?
Answer: London Taxi

6. MAC stand for what in fashion industry?
Answer: Make up art and Cosmetics

7. Air Arabia has started a new offering specially for its student travelers from India, which service is this?
Answer: EMI

8. Quality of this product is determined by blackness and hardness, which product?
Answer: Pencil

9. Who in India owns Filmfare awards?
Answer: Times of India/Bennet and Coleman

10. The Dawn was started by which famous freedom fighter?
Answer: Mohmmad Ali Jinnah

After the Wildcard there were six teams for Regional finals, there were two colleges each from IRMA and Maharaja Sayajirao University (Vadodara), and one team each from GCET and Navarachna University.

The final was very closely contested with atleast three teams having their chances till the midpoint to win the quiz.

Here are the questions from the Finals.

1. This British lady had birth name of Mrs. Perella and pioneered a very novel concept of making and selling cosmetics, when she dies the then British Prime Minister Gordon Brown said that "We have lost a true pioneer"?
Answer: Anita Roddick, Bodyshop

4. This is another big retailer from USA called Sam's Club, who was its founder?
Answer: Sam Walton founder of Walmart

5. Identify this famous adman who has a great connect with Anand. 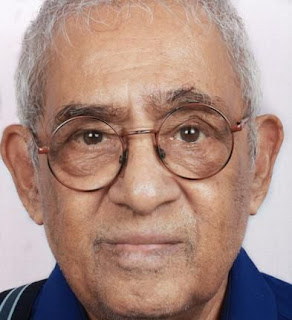 6. This was originally called "Metropolitan Police" though its better know by other name these days.
Answer: Scotland Yard

7. Which company owns the rights for the movie "Cast Away"?
Answer: FedEx

8. Post independence who did Tata collaborate with to start their Truck business?
Answer: Mercedez

9. This ad is for which Tata brand? 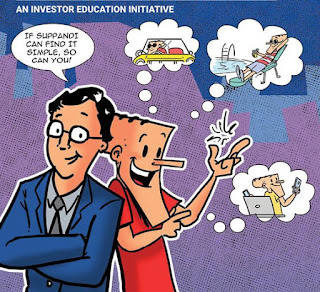 10. Who is he? And which Tata company is he associated with? 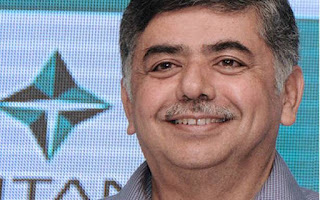 11. Identify the logo.
Answer: It was Dr. Batra's logo

13. This production house got its logo when W.W Hodgkinson doodled a  mountain like figure on a tissue paper, which company?

17. Which company's logo is also known as Boomerang?

The GCET team took a big risk on last question and snatched the victory from hand of the MS University team. It was quite a cliff hanger of a final!