The Ahmedabad regional final took place on Sunday 18th February. It was at IIM-Ahmedabad campus and it was 3PM by the time prelims started.

There were 130+ teams in total of which four went straight to the finals and the other two qualified from six other teams after a wild card round containing six questions.

As usual the prelims had 20 questions with in built tie breakers.

Here are the questions and their answers.

1. Arthur Charles started this company in USA in 1923 the company deals in ratings of various companies and originally coined the term “market share”. Name the company. (Answer: Nielsen…my employer!)

2. For what profession is the Castle Connoly list is known for in USA. (Answer: Doctors)

3. House of cards by William D Cohan is about which failed Investment Banks? (Answer: Bear Sterns)

4. What in India was started by Ganga Bishen Agarwal in 1937? (Haldirams)

6. Which bag commonly used for carrying commodities by an English man in England by the name of Thomas Sullivan (Answer: Tea Bags)

7. Tailwinds is the parent company of which Indian airlines? (Answer: Jet Airways) 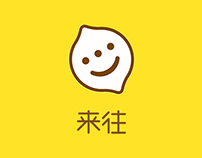 12. “Failing to succeed” is a book about one of India’s first e-commerce startup. Name the company. (Answer: Fabmart/Indiaplaza)

13. Manthan brand of dhoop (incense sticks) has roped in a famous TV personality as its brand ambassador. Who? (Answer: Aloknath)

14.Who is the new Chairperson of PTI (Answer: Vivek Goenka)

15.“The road is waiting” is punchline of which Indian apparel brand? (Answer: Roadster)

16.Ekal Vidhyalaya is an initiative where a single teacher runs entire school. It is backed by which business group? (Answer: Zee group)

19. Perfinza is a high performance brand of tyres from which company? (Answer: MRF)

After this round six teams were selected for wild card rounds of which two qualified for the finals.

Here are the questions from Wild card round.

1.  A circular transaction mechanism was derived in the UK in 18th century which still is used predominantly by travelers (Answer: Traveler's cheque)

3. This is a tactics used by takeover target companies that try and devalue there stocks to avoid a takeover. (Answer: Poison bills)

5.  Sulphurated strickables is the patented name of which common product? (Answer: Match sticks)

7.  Flexible leather cords is the name of which product (Answer: Thongs)

Hence we had Six teams for Finals for following institutes.
All rounds had same scoring so I have put all final questions together. Base value of question was 100 with an option to play Tata card and upgrade the value to 150. Commemorating 150 years of Tatas

1. A picture taken more than 100 years ago in England what is so special about this picture? (Answer: World's first selfie) 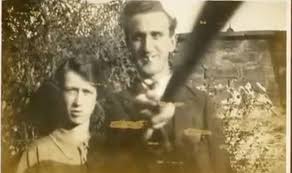 2.  RSVP is a new venture by whom? (Answer: Ronnie Screvwala)

4. House of God is an app by which media house? (Answer: Times of India)

5. Who is considered to be father of Science of deduction? (Answer: Sherlock Holmes)

8.  Race to learn is an initiative that is collaboration between Hitachi and which famous educational institute? (Answer: Cambridge University)

10. iON is a product by which Tata company? (Answer:TCS)

15.  Hills is a veterinary dental brand owned by whom? (Answer: Colgate Palmolive)

16. HHonors is a loyalty program of which hospitality brand? (Answer: Hilton Hotels)

17. Connect whose answer was Google (Some of the connect were too obvious like this one had a video of Sundar Pichai! meh...)

Till mid point it was close between GNLU, IIM-A and L D College of Engineering. Though from that point onwards GNLU created an unsurmountable lead and other teams were playing for second spot.

GNLU team scored a huge score of 1050 and won the regional final. They will be playing Zonal finals in Mumbai next month!

Coming up next weekend is the full review of Anand Tata Crucible Campus Finals, which was hosted at the beautiful campus of Institute of Rural Management.

Keep quizzing & shoot me an email if you have any questions around the format of Tata Crucible this year.